after a long time I came back to drive some rounds. I own a 28 inch 4k monitor. So I turned up resolution, antialiasing and graphics to the maximum. Question: Is this normal?

Here's are the screenshots: 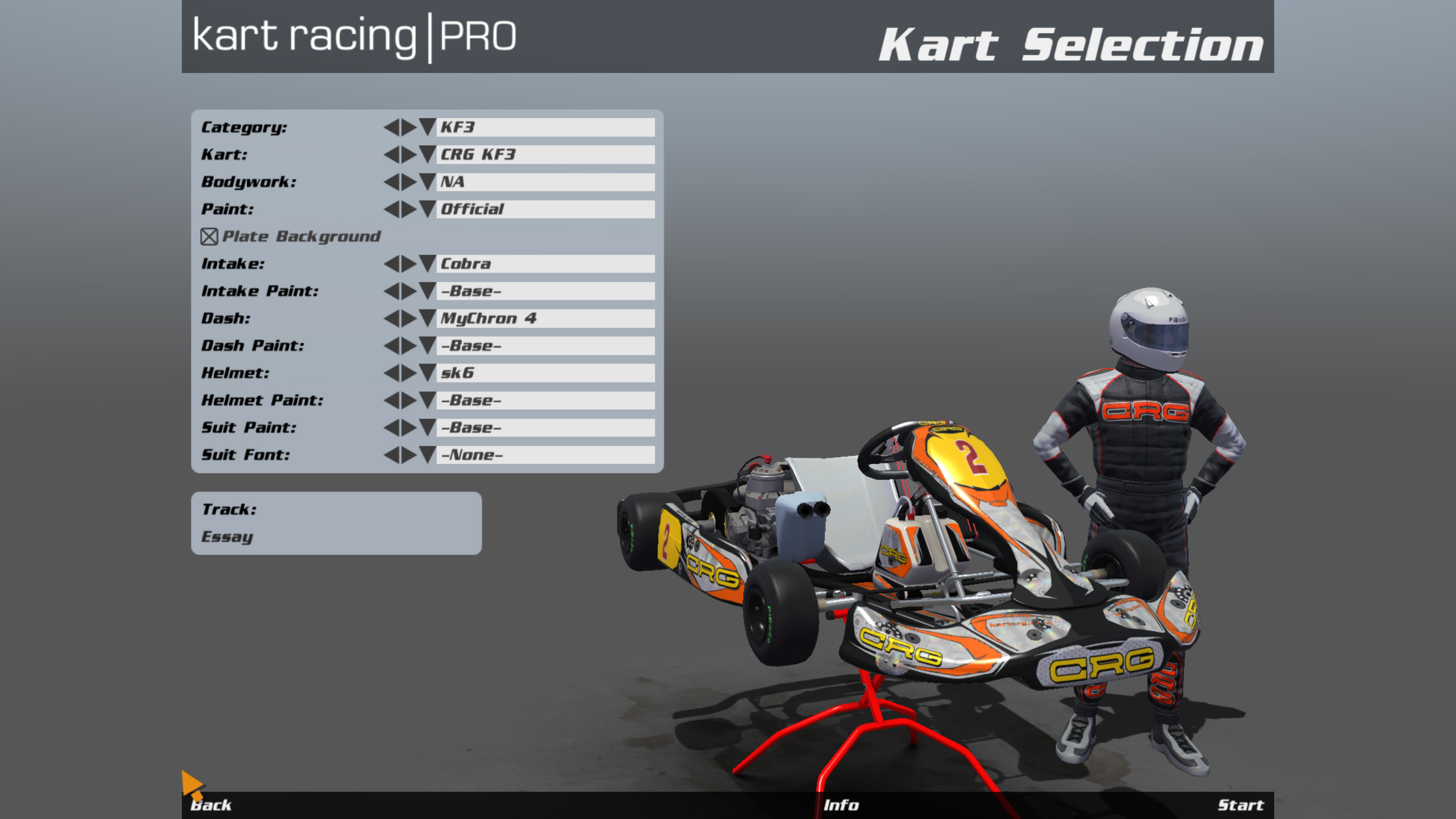 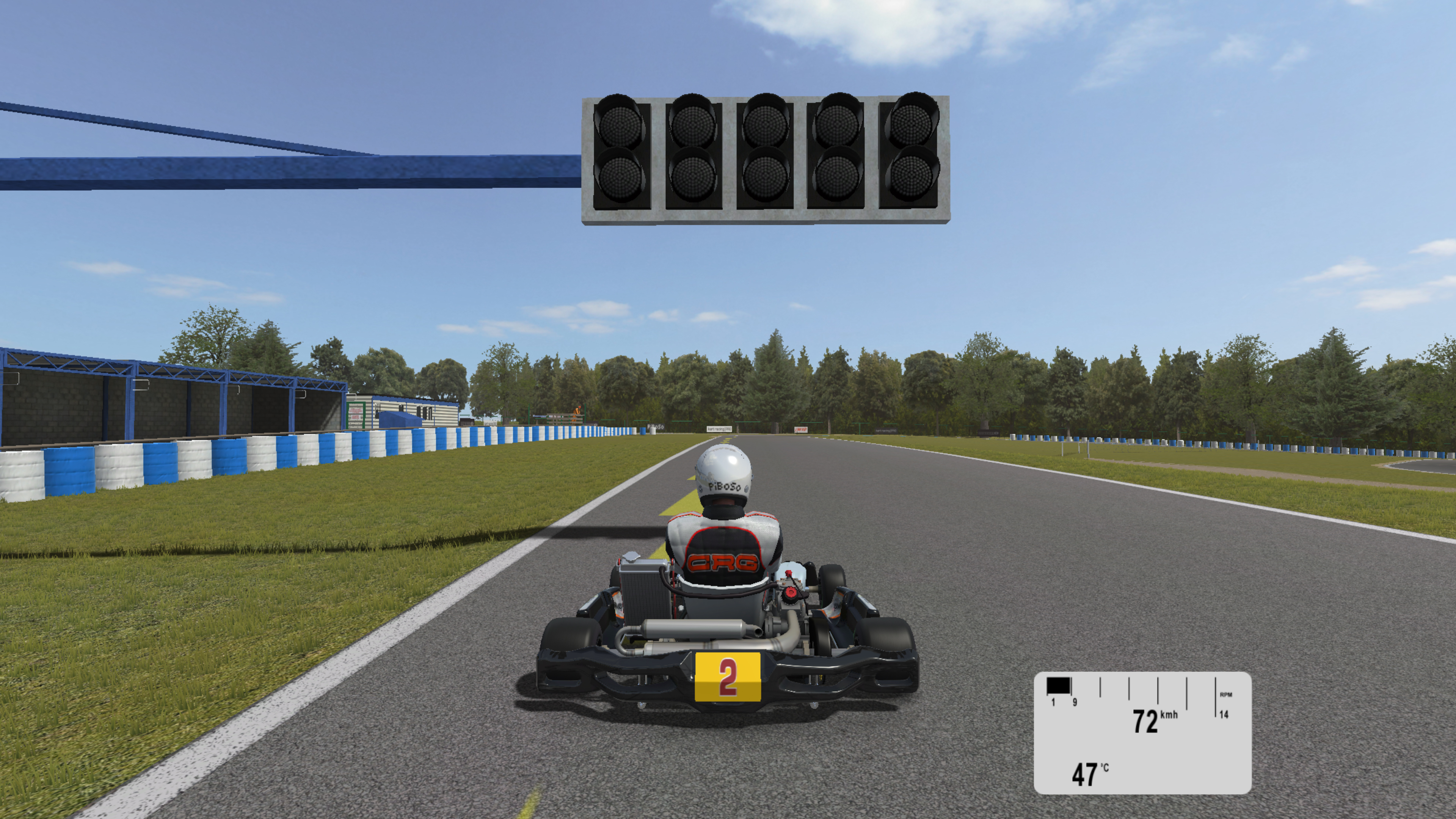 I'm back at Kartracing Pro now. Some of you maybe remeber me for things like the RKS Analyzer tool or paints. As I downloaded Kartracing Pro again and played some rounds I thought about how nice it would be to have some KI players for more fun offline because most of the time there is nobody online.

So I thought about online driving works. My "plan" was it to create a server which sends the position and direction to the game and the game creates a kart at this point. In this way a KI would be possible. Then you need a program which sends new position datas every 10 ms to the "server" and I wanted to write it. But how can I send this data from a server to the KRP game? I know this seems impossible but I thought if people managed to get direct data for data analysis from the game you can also send on of them. Could anybody help me with that?

Maybe I'm totally stupid and maybe I think completly wrong but I think that this could be a nice addon.

So if anybody, who knows how the servers and game works at this way would help me we could do a cooperating project.

As always sorry for my english.

Off-Topic / Question to Piboso about his programming software

Im excited what programming software you use for Krp?

Setups / What about a table of engine and setup informations

can PiBoSo or anybody do a table for values like the optimal tyre temperature, which engine at what rpm works fine and what engine temperature is opimal?

Would be nice to see because there are so many open questions.

today is the big day: The RKS Analyzer is released.

It's the first version. Tell me if you use it and works fine or report problems you have. You can also write to the support!

as some know i created a data analyzing program. It's nearly ready but then I took a look at the specific times and the times of the CSV file are not similar to the ones shown in KRP.

Can you help me PiBoSo?
8

I just made a little preview video of my new data analyser. It isn't released yet!

I got stuck in this project but know I continued to work: I am writing a programm for data analysis. It's not ready yet but it will be very simple: You just have to click on 'Import new data', select the .csv file that you want and the program will add it to the table. Then you can select them and compare it in the charts below!

Very simple to use.

General Discussion / Answer to Royal Rumble and the community

I read the hole post + answer of the topic "Royal Rumble" and I don't know what I should say... How can ONE community with a group of member who all just want to have clear races, battles and a nice simulator such rude against the other members? DRKarter and other guys (I don't want to say names we all know who I mean) be so unfair against people who for example create a new championship. Also SKWC was not perfect from the very first beginning. Everything must grow! Your behaviour is so respectless against other ones or PiBoSo. If you don't like the simulator then just stop playing it and don't write bad things about it or be aggresiv in topics. Why don't you play another game/simulator? Nobody forces you to race in KRP. Don't get me wrong. You may say what is bad in the simulator and speak about problems (that's why it's a beta version!). But don't say everything is "shit" and that's it. PiBoSo programmed the best karting simulator of the world. Alone! And you are such respectless and rude and obviously you have nothing better to do as bullying and attacking other gamers who said nothing against you!

General Discussion / How to open a dedicated server / Videotutorial!

I made a little video tutorial how to open a dedicated server in KRP. Have Fun with it!

Sry for not so good quality

can someone please do me a helmet paint like this? (I took this helmet as example.) Would be awesome! You can also message me.

General Discussion / This game gets bader every beta

sorry but I must say your game is getting bader and bader. At Beta 11 everything was pretty good but with Beta 12 there was coming the aeroloose.

In Beta13 the aeroloose is better but now we got multiplayer bugs. I know you work hard on it but the game really sucks at the moment.

I was always one who said let him try to fix it but now I must say it changed nothing.

I hope you see my point of view and understand why I will leave KRP.

Racing / I search for a team

I search for a serious and good team. The members should drive actice and have good team interns setups.

I also drive the KRP European Championship and want to have a team as support and help on the events.

as some of you now I am creating a Data Analysis program for Kartracing Pro.


It reads data out of the logdata file.

I did many tests with programing and now I am starting to create it!

The program works easy: You can Import the datalog file and start analysing.

You can load in up to 20 rounds in one test and also save and load tests in a Special file type of the program.

There will be track layouts of popular tracks so it is possible to compare two racing lines.

For data Analysis there will be a graph that shows you:

Everything on a selected part of the track.

This program is work in process and I would be happy if you take part at the poll of this topic.

What do I wrong?

Sim Karting World Championship / I want to join the SKWC

for month now I though about joining the SKWC. Yesterday I met Ian Bushey on my server and I asked him about it. He said that I could sign up for the next season but every time I try to click on "Driver Sign Up" I get this:

So what should I do?

Another problem is that I got no team for the SKWC and I was reading that I can only join with a team.

Could someone help me with my questions?
18

I know this thread was opened more or less the same in the back but I want to do a new one because there are new things to say.

First there will be only new threads about specific things for single races or something else. Everything like a rulebook update or a new date is wirtten here by Roxin.

ALL news can be read too at: http://kfj-championship.jimdo.com/news/.

Why should you race in the KF Junior Championship?

No matter if you are an expert or a beginner everybody is welcome. The organizer Robin Mayer wanted to create a championship which is very simple but serious. The requierments to the players are doable for everybody and the rules are simple and clear.

Why is the championship driven with the KF3 engine?

The championship is driven with the KF3 engine because it's not as fast as the KF1 so also beginner can handle it but it's on a senior chassis and this makes the championship more interesting.

What is the prize of this championship?

It's a signatur sticker (600x100) with your name, photo of you, you country flag, and many more features.
Also you can win an interview with Robin Mayer which will be released at the website and the forum.

I just want to tell you that the KRP European Championship gots a new website: http://krpeurochampionship.jimdo.com/

There are follwing sections:

If you are interested in a serious and organized championship look at our homepage and inform you about it.

General Discussion / A suggestion from me

now I got fun with KRP for a half year and I just love it but we all now that it's hard to find a fair online race without joining the league. The first thing is that we need a penalty system for crashes.

But I think much more important is that the one who host the dedicated server can decide if he wants that karts can get broken or loosing spoilers and so on.
I you could setting this it would be great because ofen the chassis is broken because of a little touch.

And yes I know it's a simulation and no fun game but this could make onlineplaying out of leagues and maybe in leagues too more fun.

+1 If you think that would be great

Sorry for my bad english and happy new year to all!