A clean install is strongly recommended.

There have been some requests lately if there was someone who could sell karts and othe equipment. We (PiBoSo,Dan Buck and myself) have discussed this and we have come to the following decision:

The selling of karts, karting equipment and simracing equipment or any money transaction on this forum is not allowed! This because if something happens( Someone buys something, pays, but never gets anything) we are responsible. Therefore we have decided to not allow the selling of the above mentioned equipment.

If you have any questions regarding this topic, ask them here. 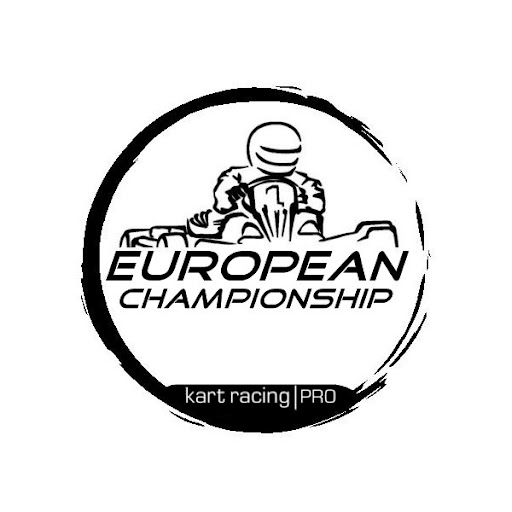 As we have locked all threads while we wait for an update to the netcode of krp, as the game is too laggy now, this is the thread you should post suggestions, questions etc. All other threads posted in the league forum will be deleted! The league is now in stand-by and we don't know when we will start. Sorry to those who were, like me, looking forward to this league, but with this lag it is impossible to drive a league.


Hope to see you at the start of the league,
laraarsa and Schwoni
4

Anyone know a solution?
6

Off-Topic / Who are your life's greatest inspirations?

For me:
-Ayrton Senna
-Dieter Vokinger
7

Welcome to the European League Rules thread! Thanks for entering the league.
Every driver is expected to have read and respect these rules. I have tried to provide a clear and relatively short set of rules that still cover most of the situations the staff, and drivers can get involved in. If a situation is not covered by the League Regulations the staff decides how it must be dealt with. The staff have the last word in all matters concerning
this league.

Drivers can only score points when they have finished the race!

Drivers must always, whilst being in control of the kart, remain within the track edges and thus over the track surface with at least two wheels. When a driver takes a shorter, off-track, route through a corner, the move is considered as cutting. Cutting is forbidden at all times. When a driver is reported cutting he risks a time penalty.

The yellow flag indicates danger on a specified section of the track. Drivers are to drive cautiously on the scene of an accident. Overtaking is not allowed in this situation.

Overtaking and defending
Passing an opponent is harder than it looks and often results in tears.
1) Overtaking means going past someone, not through him. Drivers are not allowed to push karts out of the way. Though contact may not always be evitable, it may not act as the means to make the pass. You should always make as little contact as possible.
2) A driver can only attempt a pass when there is room for it and when the chance is reasonably high that it becomes successful, without heavy contact.
3) The defending driver is allowed to defend his position by changing lines once per straight. As soon as the overtaking kart has overlap on the straight the defending driver can only use the width of the track between the overtaking kart on the one side and the track boundary on the other side to move in, without applying physical force to widen it.
4) If you Spin someone, wait for him and let him get past again


Chatting
To drive a proper race a certain amount of concentration is required. To make sure this concentration is not broken it is forbidden to chat during qualification and race sessions. Only the staff may use the chat to communicate important information to the drivers. There are no exceptions to this rule. Offenders will be penalised.

If the rules get violated you should make a report and send this to the race organizer by PM. No report means no investigation. Please try to make the report as soon as possible.

If anything is not clear to you please ask in this thread!

This looks brilliant! It will be for rFactor engined games. And the best thing: It's for free!
12

General Discussion / Where to put all files

I thought i would write where to put all downloaded files.

Paints: You exctract your downloaded paints here: C/Program Files/Kart Racing Pro/Karts/Paints/t or c (Depending on if the paint is made using the crg body or tony body)
They will show up in the karts menu at paints.

Tracks: You exctract your downloaded tracks here: C/Program Files/Kart Racing Pro/Tracks (You will have to create the tracks folder first) They will show up where you can change temperatures at the top of the screen.

Dashes: You exctract your dashes here: C/Program Files/Kart Racing Pro/Dashes. They will show up in the karts menu at dashes.

New Backgrounds: Exctract to: C/Program Files/Kart Racing Pro/UI
For example new logo's or pictures of your own kart. They will appear at the loading screens.

I hope this makes everything clear for you!

p.s: If I forgot anything please leave a comment

Racing / Re: All competitors of European league don't have to read this anymore!

January 20, 2012, 04:46:11 PM
To all users who want to upload a file. Megaupload is closed. Please change other files which were stored there to I.E Mediafire or Filefront.

The Department of Justice announced Thursday that it has conducted a major action to shut down MegaUpload, a popular file-sharing site widely used for free downloads of movies and television shows.

Justice Department indictment of MegaUpload After receiving indictments from a grand jury in Virginia for racketeering conspiracy, conspiracy to commit copyright infringement and other charges on Jan. 5, federal authorities on Thursday arrested four people and executed more than 20 search warrants in the U.S. and eight foreign countries, seizing 18 domain names and an estimated $50 million in assets, including servers run in Virginia and Washington, D.C.

MegaUpload is a "digital locker" that allows users to store files that can then be streamed or downloaded by others. Its subsidiary site MegaVideo became very popular for the unauthorized downloads of movies and TV shows. Users whose uploaded content proved particularly popular were paid for their participation.


In a joint statement, the Justice Department and FBI called the action "among the largest criminal copyright cases ever brought by the United States."

Ira Rothken, an attorney for MegaUpload, said in an interview that he only learned of the actions in a press release this morning and had not yet read the entire indictment. "Our initial impression is that the allegations are without merit and MegaUpload is going to vigorously contest them," he said. "We have deep concerns over due process and assets being taken without the opportunity for a hearing."

According to the indictment, the operators of MegaUpload earned more than $175 million in illegal profits and caused an estimated $500 million in harm to copyright holders.

The site is advertised as having more than 50 million daily visitors, according to federal authorities.

Four of MegaUpload's operators have been arrested in New Zealand, while three more remain at large. The seven each face a maximum of 55 years in prison.

Not listed on the indictment is rapper Swizz Beatz -- real name Kasseem Dean -- who, according to a report in the New York Post, is the CEO of MegaUpload. Beatz is married to pop singer Alicia Keys.

Rothken said that Beatz had not been running the site but that recently there had been "a transition period going on."

The news is sure to be welcome in the entertainment industry, whose leaders have faced a recent setback in their push for the Stop Online Piracy Act and Protect Intellectual Property Act. The proposed bills, if passed, would make it easier for U.S. courts to go after piracy sites that, unlike MegaUpload, operate entirely overseas.

Critics who believe the bills are heavy-handed and don't adequately protect civil liberties conducted a U.S. Internet "blackout." As many as 10,000 websites went black Wednesday, among them Wikipedia, Craigslist and Reddit. The protest helped to pressure lawmakers to oppose SOPA and PIPA.

The Obama administration announced its opposition to the bills in their current forms Saturday.
18

Off-Topic / Why is there standing one hidden?

Support / I can't open my ports!

Suggestions and wishlist / Do you want a 100cc engine?